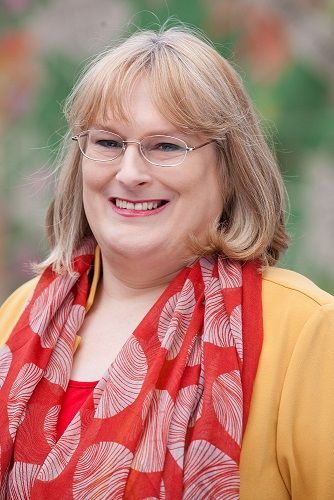 The actress received the nomination in the category Best Actress for her role as headteacher Sally St Claire in the TV series Hollyoaks, becoming the first transgender actress to receive a BAFTA nod.

Annie will go up against Outlander's Caitriona Balfe and Catastrophe's Ashley Jensen in her category.

Director of the Manchester School of Theatre, David Shirley, said: “We are really delighted with Annie’s success and very proud of her achievement. Annie trained at the School of Theatre between 2001 and 2004 and made memorable appearances in plays such as Arnold Wesker’s The Kitchen and Ramon Del Velle-Inclan’s Divine Worlds.”

Her past TV roles include Miss Heller on the TV series Shameless.

David added: “Since graduating, Annie has remained in close contact with the School and has supported us a various points during the last 10 years. Her acknowledgment by BAFTA is wonderful and very well deserved. We wish her every success as she continues to make her mark in the profession.”

On her nomination, Annie said: “I’m really excited about my BAFTA Scotland nomination for 'Actress - Television’. After only a year on Hollyoaks, I was surprised and delighted as you can imagine. I graduated from the University in 2004 and it’s been a difficult road to establish my career, as it can be for many actors.

“My time at the Manchester School of Theatre was one of hard work and fun in equal measure, and prepared me well for the quiet periods, as well as the excitement of working on a production. I owe a great deal to the tutors at the school, who taught me that often, patience is as important as the craft itself, and trick is to never give up.”