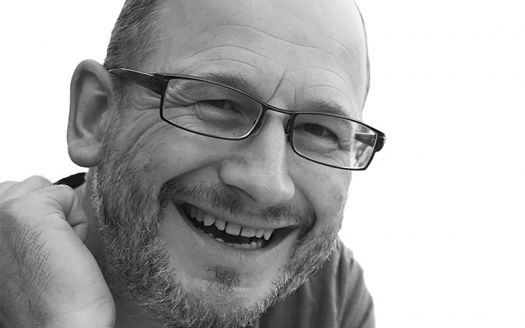 The shortlist has been unveiled for the QuietManDave Prize, named in honour of Dave Murray

The shortlist for the inaugural QuietManDave Prize, a short-form writing prize that honours much-loved Manchester critic Dave Murray, has been unveiled.

Named in honour of Murray, a popular Manchester-based writer and critic, the QuietManDave Prize is run by the Manchester Writing School at Manchester Metropolitan University, in conjunction with the Manchester School of Theatre.

The prize celebrates new and emerging short-form writers and was developed in recognition of Murray’s achievements and his passion for writing, something which he embraced later in life. It offers a top prize of £1,000, plus runner-up prizes, for Flash Fiction and Flash Non-Fiction. Each shortlisted writer submitted a short-form written piece under 500 words, with no restriction on form, for consideration.

Writers, including a poet, a software engineer and a lecturer are among the names announced on the shortlist which features written pieces by published and unpublished authors across both prize categories. Among them are Sarah Jasmon, alumni of Manchester Metropolitan’s MA in Creative Writing along with local author and singer Rosie Garland. In its first year, the prize has received several hundred entries across both categories, including submissions from all around the world.

The shortlist was selected by a panel of judges which included short story writer, essayist and poet Kate Feld, author and poet Tania Hershman and Shane Kinghorn, who is Senior Lecturer in Drama and Contemporary Performance at Manchester Metropolitan, and has previously worked in London as a director and dramaturg (a literary advisor or editor found in theatre, film or opera companies).

I have been amazed by the volume, range and quality of the submissions, in both categories, and want to thank all the competitors for giving us a fascinating – if challenging – task, in selecting the finalists.

The judges were impressed by the breadth and quality of submissions received for both prize categories, in content, style and form of the written pieces.

Kinghorn, who chaired the panel of judges said: “It has been such a privilege to be on the judging panel for this prize. I have been amazed by the volume, range and quality of the submissions, in both categories, and want to thank all the competitors for giving us a fascinating – if challenging – task, in selecting the finalists.

“Our discussions and debates proved one of the most enjoyable aspects of the process, and I’m looking forward to sharing the work with a wider readership. I can’t wait to hear their response to our choices.”

Hershman said: "Firstly, I’d like to offer my congratulations to all the shortlisted writers. The breadth of entries to both categories of the prize was truly breath-taking - in content, style and form. While the three of us were all drawn to different kinds of stories, and it took much discussion to reach our final results, there were some that stood out for all of us. I particularly enjoy flash fiction and non-fiction that plays with form on the page, and I always applaud writers who take risks, who don't tie everything up too neatly.”

Vanda Murray said: “We are thrilled with the fantastic response to the QuietManDave Prize. The number and quality of entries is overwhelming. Dave would have been so happy to know that his legacy was truly encouraging people to write.”

All of the shortlisted pieces can be read in full alongside profiles of the finalists on the QuietManDave Prize website and the winners will be announced on 8 October.