Manchester School of Theatre / Productions / Past / The Illusion (2018) 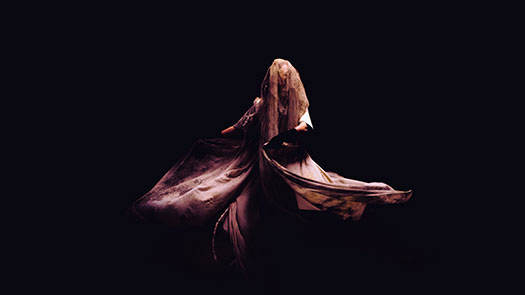 Freely adapted by Tony Kushner from the original play by Pierre Corneille (1606-84), The Illusion follows the story of a contrite father, Pridamant, seeking news of his prodigal son from a sorceress. The sorceress conjures three episodes from the young mans life. Each episode finds the son in a different world as Pridamant watches, enthralled by his sons struggles. An enchanting argument for the power of theatrical imagination over reality, The Illusion weaves obsession and caprice, romance and murder, fact and fiction, into an enticing exploration of the greatest illusion of all  love.

The Illusion is Tony Kushners adaptation of a 1636 play by Pierre Corneille. It articulates the relationship between theatre and sorcery  Corneilles chief concern here is a defence of his theatrical art  while pulsing with a language that is recognisably Kushners own, lyrical and at times luxuriant.
 London Evening Standard

Rarely do two artistic pioneers collaborate when there is four-hundred years of distance between them. In that light, The Illusion is an uncommon delight.
 Chicago Theater Beat

In this production Alcandre and the Amanuensis are female and Pridamont is the brother of Calisto.