Manchester School of Theatre / Productions / Past / The Suicide (2017) 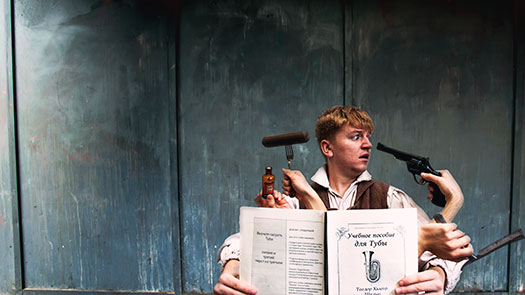 Written in 1928, Nikolai Erdmans The Suicide is considered one of the finest plays to have emerged from the early phase of Communist Russia. When Semyon, a young unemployed man contemplates suicide following his failed attempt to learn how to play the tuba, he suddenly finds himself besieged and exploited by various sympathetic visitors pleading with him to make his own suicide a social gesture on their behalf.

Acerbic, Imaginative and very humorous, the play offers a telling critique of the political machinations that characterized the years immediately following the Russian Revolution.