Manchester School of Theatre / Productions / Past / Earthquakes in London (2017) 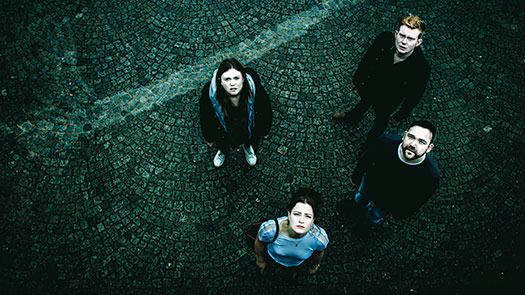 Earthquakes in London is a fast and furious metropolitan crash of people, scenes and decades, as three sisters attempt to navigate their dislocated lives and loves, while their dysfunctional father, a brilliant scientist, predicts global catastrophe.

Mike Bartletts contemporary and direct dialogue combines a strong sense of humanity with epic ambition, as well as finely aimed shafts of political comment embedded effortlessly into every scene.

The theatrical equivalent of a thrilling roller coaster ride. It swoops and twists, rushes and soars, and provides a great shot of adrenalin-fuelled excitement  The Telegraph