Manchester School of Theatre / Productions / Past / The Libertine (2012)

The Libertine tells the story of the Earl of Rochester, friend and confidant of Charles II and the most notorious rake of his age. He was an anti-monarchist Royalist, an atheist who converted to Christianity and a lyric poet who reveled in pornography. The play centres on the moment his cynicism is confounded when he falls in love in earnest.

Self-consciously theatrical, bawdy and highly thought provoking, this play contemplates the vibrancy and decadence of the Restoration age.

Playgoers, whores, clients etc played by members of the company 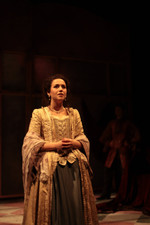 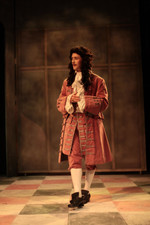 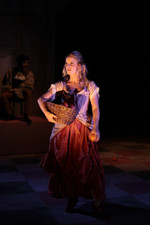 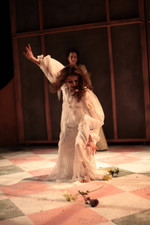 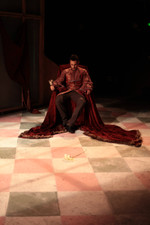 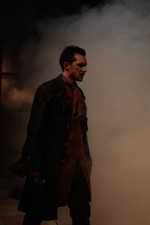