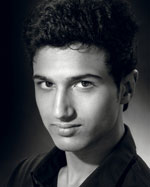 Congratulations to Omar Malik who can be seen in 'The Dark Crystal: Age of Resistance' directed by Louis Leterrier. Omar can also be seen featuring alongside Karla Crome in short film 'Nobodys Darling', playing the role of The One.