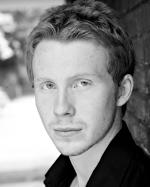 Congratulations to Hugh O'Shea who is currently working as a dialect coach on upcoming drama 'The Moderator' and on Netflix series 'The Witcher'. Hugh recently worked also on 'His Dark Materials' and 'Pennyworth', among many other credible projects.