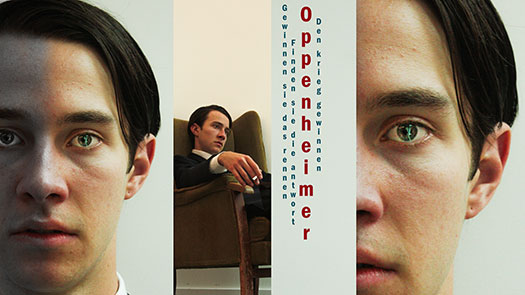 1939: fascism spreads across Europe, Franco marches on Barcelona and two German chemists discover the processes of atomic fission. In Berkeley, California, theoretical physicists recognise the horrendous potential of this new science: a weapon that draws its power from the very building blocks of the universe. Struggling to cast off his radical past and thrust into a position of power and authority, the charismatic J Robert Oppenheimer races to win the 'battle of the laboratories' and create a weapon so devastating that it would bring about an end not just to the Second World War but to all war.

Tom Morton-Smith's new play takes us into the heart of the Manhattan Project, revealing the personal cost of making history.

Oppenheimer was premiered at the RSC in 2015.