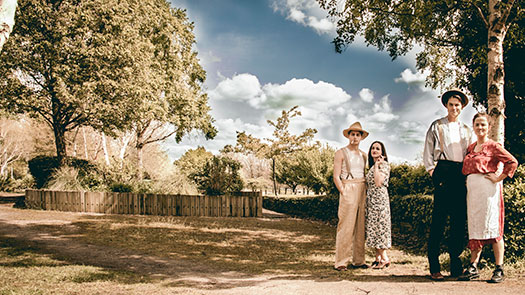 By Nick Enright and Justin Monjo
Directed by Pat Trueman

Cloudstreet is an epic stage adaptation of Tim Wintons enormously successful and much-loved novel of the same name.

Set in post-war Perth, Cloudstreet follows the fluctuating fortunes and changing relationships of two families  the Lambs and the Pickles  who inhabit the same rambling old house. Collectively their stories, told over a twenty-year period, interweave to tell a much bigger story; the recent history of Australia as experienced by its communities and citizens.

A play prepared to reflect on good, evil, chance, fate and the mystery of things  The Times