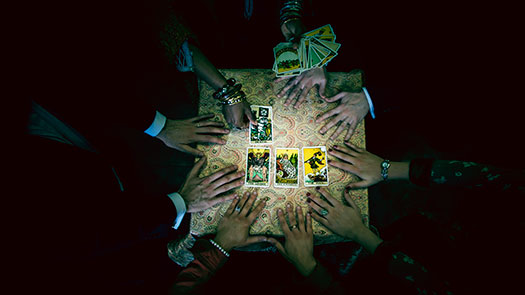 Legend has it that Noël Coward wrote Blithe Spirit in six days on a trip to North Wales with his actress friend Joyce Carey in May 1941. It opened a month later in Manchester and then at Londons Piccadilly Theatre, where it was an instant success, becoming one of the West End's longest-running shows.

In Blithe Spirit, Charles Condomine, a novelist and socialite, receives a visit from his first wife, Elvira. Unfortunately, Charles is now married to Ruth and Elvira is a ghost. Elvira, who has been dead for seven years, makes continual attempts to disrupt Charles marriage to his second wife, who can neither hear or see the ghost.

Perhaps Cowards most mature, best-constructed work, Blithe Spirit is certainly one of his funniest.