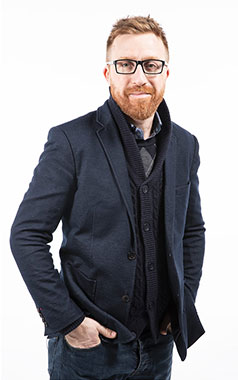 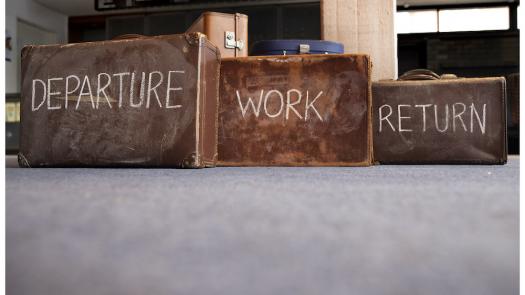 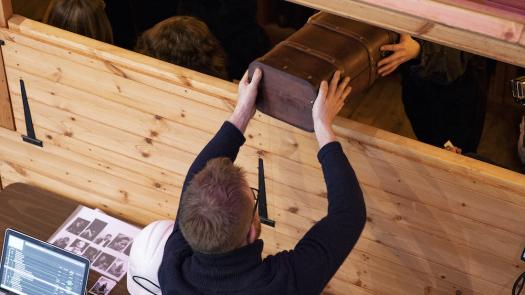 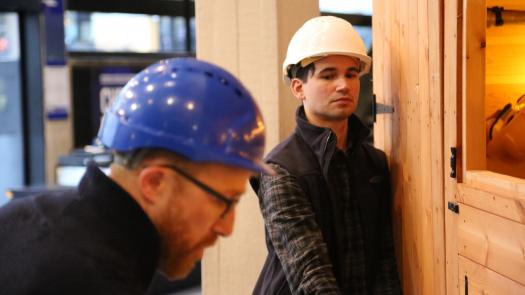 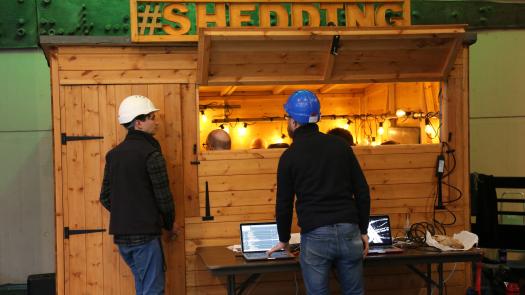 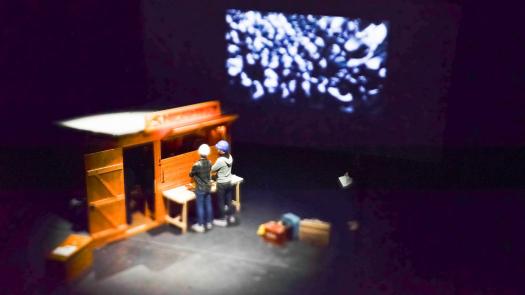 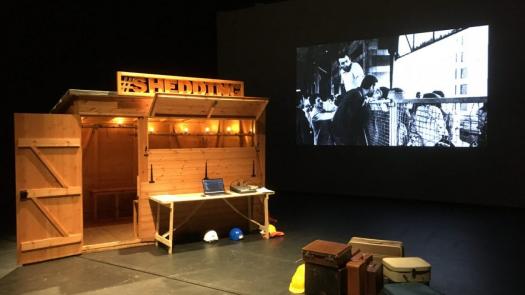 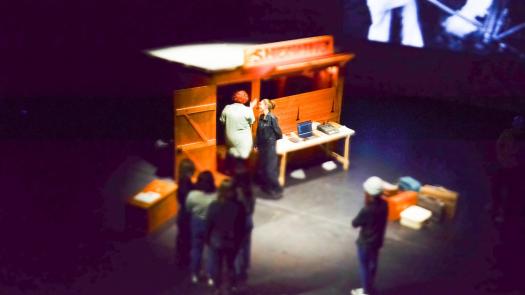 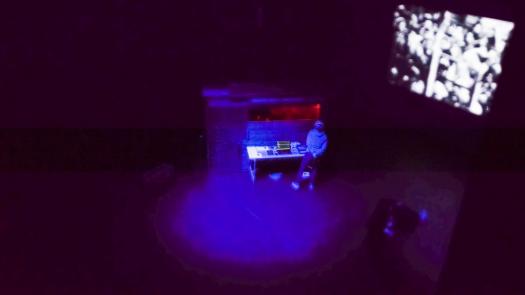 A touring performance to mark the 70th anniversary of the NHS and 50th anniversary of A Fortunate Man by writer, John Berger, and photographer, Jean Mohr. What they revealed about the life of English country GP, Dr John Sassall, remains as fresh, urgent and relevant in the present day. Through a combination of Bergers words, Mohrs images, archive film footage and contemporary reportage, New Perspectives collaborate with theatre-maker Michael Pinchbeck to create a new multi-media performance that takes the pulse of the NHS today. Toured to Camden Peoples Theatre, Summerhall (Edinburgh), Singapore Fringe Festival and Theaterszene Europa at studiobühneköln (Cologne).

In 2020, Pinchbeck & Smith make a new show inspired by A Seventh Man, the 1975 book about migration by John Berger and Jean Mohr. Using verbatim interviews and photography the performance is part slideshow, part documentary, part adaptation, and explores the book to mark its 45th anniversary. The narrative follows workers leaving home, crossing borders and facing questions about the work they do and taking medical tests to see if they are fit enough. Three performers read directly from Bergers book as if both narrating and acting out its portraits of a generation of young men who travel across a continent in search of a better life. The piece follows a three act structure - Departure, Work, Return - and will be shown in a mobile research centre  S.H.E.D. Supported by Arts Council England, the project is commissioned by Lincoln Performing Arts Centre, New Perspectives and Nottingham Playhouse.

In 1928, Maurice Ravel wrote Bolero in Paris. In 1984, Torvill and Dean danced to it at the Winter Olympics in Sarajevo. Eight years later the stadium where they won gold was bombed. Working with the music as a bridge, Bolero takes a journey from Paris to Sarajevo, from 1914 to 1994, from the First World War to the Bosnian War to the present day.

Supported by Arts Council England and the British Council, Bolero was a co-production between Nottingham Playhouse, ODA Theatre (Pristina) and Sarajevo War Theatre. Developed at Dance4, the National Ice Centre and Primary with support from the University of Lincoln.

An immersive musical experience inspired by Maurice Ravels Piano Concerto for the Left Hand, featuring world-renowned concert pianist Nicholas McCarthy. Infamous pianist, Paul Wittgenstein, commissioned Ravel to write him a concerto after he lost his right arm during the First World War. At the same moment, assassin Gavrilo Princip was in prison, his withered arm tied up with piano wire. Unravelling narratives such as these surround this musics composition and together they weave a true story that spans 100 years. Pinchbecks Concerto is a deconstructed exploration of the legacy of war and the healing power of music that explores his research into composed and orchestral theatre.

An intimate and interactive performance installation inspired by Maurice Ravels violin piece  Tzigane, Solo is a poetic, poignant 10-minute experience based on real-life events. It is played out for audiences of two at a time, from the moment the music was conceived to a curtain call. The audience plays the role of a violinist and a composer as you enact a true story of how this piece of music came to be. Devised with Ollie Smith as a sequel to Bolero (2014) and Concerto (2016). Commissioned by Attenborough Arts Centre, Lincoln Performing Arts Centre and Frequency Festival. Supported by Arts Council England.

Inspired by A Midsummer Nights Dream, The Beginning is the second in a trilogy of works deconstructing Shakespearean stage directions that later became The Shakespeare Trilogy. The Beginning was developed at Lakeside Arts Centre (Nottingham), Leeds Met Studio Theatre, Loughborough University and The Junction (Cambridge). Supported by the National Lottery through Arts Council England and commissioned by the World Event Young Artists 2012. Selected for the British Councils Edinburgh Showcase 2013. The Beginning was co-devised by Nicki Hobday and Ollie Smith. An excerpt from The Beginning ('This is a love story') features in the recent Routledge edition, The Twenty-First Century Performance Reader.


The man who flew into space from his apartment (2015)

An immersive slideshow inspired by an installation by Russian artist Ilya Kabakov performed in a non-theatre space. A guest performer follows instructions they have never heard before in front of an audience of ten. The performance draws on notions of escape and makes a journey, like Kabakov, between east and west, flying and falling, attempt and failure. Commissioned by hÅb Arts (Manchester) and Lincoln Performing Arts Centre. Developed at First Bite, Forest Fringe, Frequency Festival and Hatch. Supported by Arts Council England, the piece was performed over 30 times over three years in factories, galleries, school halls and tower blocks.

A selection of recent research outputs.

Pinchbeck, M., 2018. 'A dance of absence: (in)visible dramaturgies within A Duet Without You'. In Dechery, C. (eds.) Performing collaboration in solo performance: A Duet Without You and practice-as-research, Intellect.

Pinchbeck, M., 2018. 'Errors of memory, memories of error: slip-roads and pit-stops on the long and winding road', in Association of Art History.

Pinchbeck, M., 2016. 'No rehearsal is necessary: the politics of the guest performer in The man who flew into space from his apartment', in Expanded Practice and Curation as Creative Process.

Pinchbeck, M., 2016. 'Sit with me for a moment and remember: a provocation', in Owning Your Walrus: A cross-disciplinary symposium on Loneliness & Performance.

Pinchbeck, M., 2014. 'Or in the future: Utopian and dystopian dramaturgy in Forced Entertainment?s Tomorrow?s Parties', in What Happens Now: 21st Century Writing in English.

Pinchbeck, MD., 2012. 'Mirror, signal, manoeuvre: reflections on the role of the dramaturg in contemporary performance', in 'You May!' Symposium.

Pinchbeck, M., 2018. 'Requiems for Sarajevo: The dramaturgy of ruins, the musicality of repair'.