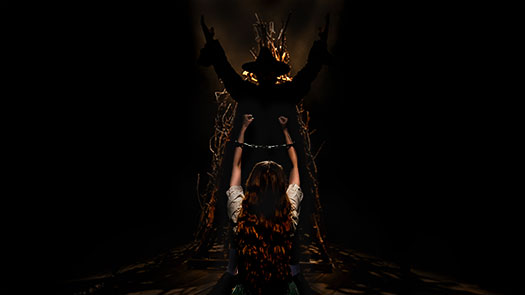 "Man in black man in black met me in the night, took me in the thicket and made me commit uncleanness unspeakable."

With potent images of disturbing injustices, Vinegar Tom uses a seventeenth-century witch hunt to condemn the past and present oppression of women. Alice sleeps with a man she does not know. Her mother Joan owns an old cat, and curses when her neighbours are cruel to her. Betty does not want to marry the man she is supposed to. Susan doesnt want to be pregnant. These women are subjected to the humiliating investigations of doctors and witch hunters, and forced into self-loathing and panic and hatred. The play is striking beyond its historical setting in its depiction of womens subjugation and repression.

Vinegar Tom was first presented in 1976 at the Humberside Theatre, Hull.