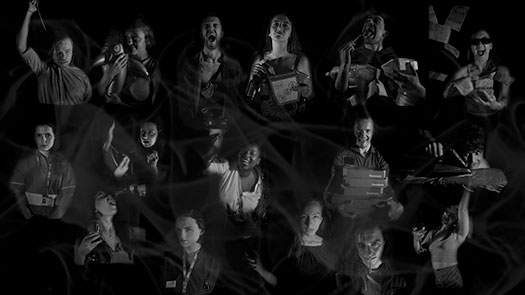 Sinners was developed as a devised response to The 7 Deadly Sins. The actors were grouped, took one sin each and used it as a stimulus through improvisation to develop a sequence of stories that have a flavour of their allocated theme, sometimes obviously, sometimes subtly. The sins acted a springboard to allow them the chance to work as writers and performers, hopefully deepening their understanding of scenic construction.

A delightful touch was their decision to set each scene in one apartment block around one event - a summer party held by the owner of the penthouse above.

The scenes are a mixture of light and dark, warm and bleak as the lives of multiple residents play out around the coming celebration.