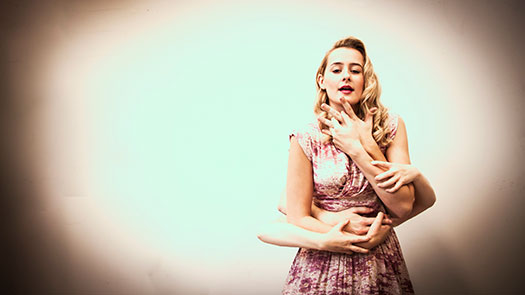 On a sweltering Labor Day morning, the women of a quiet neighborhood on the wrong side of the tracks are preparing for the annual picnic. Watchful mother Flo Owens has hopes that her beautiful daughter Madge will get a proposal from Alan, the local millionaires son. Younger sister Millie, the smart one, yearns to grow up and leave her small town behind. Good-natured Mrs. Potts is happy to get a break from taking care of her aged mother. And spinster schoolteacher Rosemary Sydney cheerfully keeps her boyfriend Howard at arms length. This seemingly placid feminine environment is disrupted when Hal Carter, a muscular and charming young drifter hops off the freight train, and straight into Mrs. Potts hospitable home.

Few writers have captured women in their social environments as well as William Inge and its in that respect that PICNIC, which won the Pulitzer Prize in 1953, retains its power. CurtainUp.com