Following a number of highly acclaimed productions throughout Europe, we are delighted to present the British premiere of this extraordinarily moving and thought provoking work by one of Germany's most celebrated playwrights.

"'Innocence' is a polyphonic theatrical Passion about the state of the world, composed of many little individual destinies... This is probably Dea Loher's best, most densely-packed, most private and yet most worldly-wise text; a poetic elegy of linguistic beauty and power, carried by sombre melancholy and sarcastic fury."

"Dea Loher depicts these social borderline cases and confused human beings in 19 little stories. She presents sad and comical aspects of their lives, presents everyday existence, illness, and death. Tells of their yearnings, their guilt, and also of their innocence. In the course of the play all the characters meet once again; their fates intermingle and finally become a single story, telling of the sadness of the present day."

There will be a Friday Matinee at 2.30pm in addition to the 7.30pm performances. 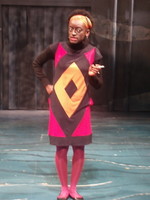 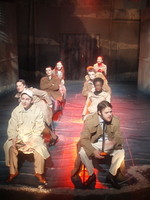 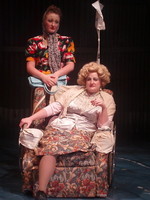