Manchester School of Theatre / Productions / Past / As You Desire Me (2003)

As You Desire Me

The plot of "As You Desire Me" was criticized as being far-fetched, yet was similar to a true case of mistaken identity in the Italian courts in 1929, two years before the play was written.

Cia, the protagonist of the play, is abducted by invading Austrian troops and disappears. Everyone believes her to be dead. 10 years later she seems to have been discovered in Berlin, where under the name of Elma, she is a cabaret performer and mistress of a writer, Carl, whom she loathes. Elma is a restless, tormented being, hating 'modern life' and all human beings, whom she calls beasts, with the difference that 'beasts at least are endowed with the wisdom of instinct & are natural, when man tries to be natural he becomes a destructive fool. What would happen if man were not gifted with reason as a strait-jacket?

The characters in the play are divided between those who believe she really is Cia and those who fear she is party to a masquerade.

The play was directed by acclaimed director Irina Brown, former staff director of the National Theatre, and former artistic director of the Tron Theatre, Glasgow. Irina was responsible for the first production of "The Vagina Monologues" at the New Ambassador's Theatre, in 2001, and for the first touring production. She came to the Capitol fresh from directing "Boris Godundov" at the Royal Opera House, Covent Garden. 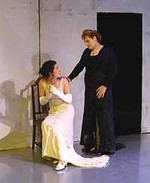 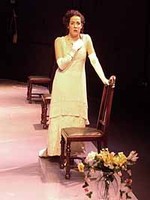 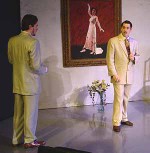