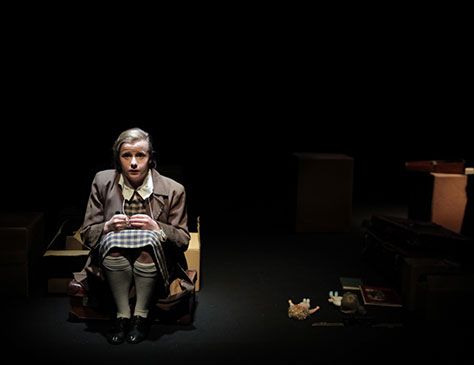 STUDENTS from the Manchester School of Theatre will be presenting scenes from the play Kindertransport as part of the Manchester Jewish Museum’s Holocaust Memorial Day commemoration on Sunday.

The museum is taking the theme “The Legacy of Hope” for this year’s commemoration.

Chris Hayes, who is directing the piece, said: “It’s particularly apt as the Kindertransport brought many people to Manchester, which is partly why there’s a large Jewish population in the city.

“The reason why this play is still relevant now is because it’s a story about mothers and children in difficult circumstances – that is a universal theme and those relationships are at the heart of the play.”

This will be the second time the students have acted in the production, which they last performed at the Capitol Theatre in November last year.

Franziska Brunzel, who is playing the role of Eva, said: “I think we were quite surprised by the reaction we had to it. When you are working on something you can get a bit caught up in it and the emotional demands it makes, and it was overwhelming for us as such a small company to have such an effect on the audience.”

Alongside Franziska, the performance will feature Amy Clark, as Helga, Rachel Kilpatrick, as Lil, and Sofi-Jo Bennett as the grown-up Eva. Alice Feetham, who played Faith in last year’s production, will be presenting the performance.

David Shirley, programme leader for BA (Hons) Acting, said: “It’s really good to have a collaboration with the Manchester Jewish Museum that commemorates the Holocaust in this way, especially because of our links with Carl Davis and The Last Train to Tomorrow, which is another story about the Kindertransport.”

The production will start at 1pm on Sunday. Tickets are free, but advance booking is essential via the Manchester Jewish Museum website.